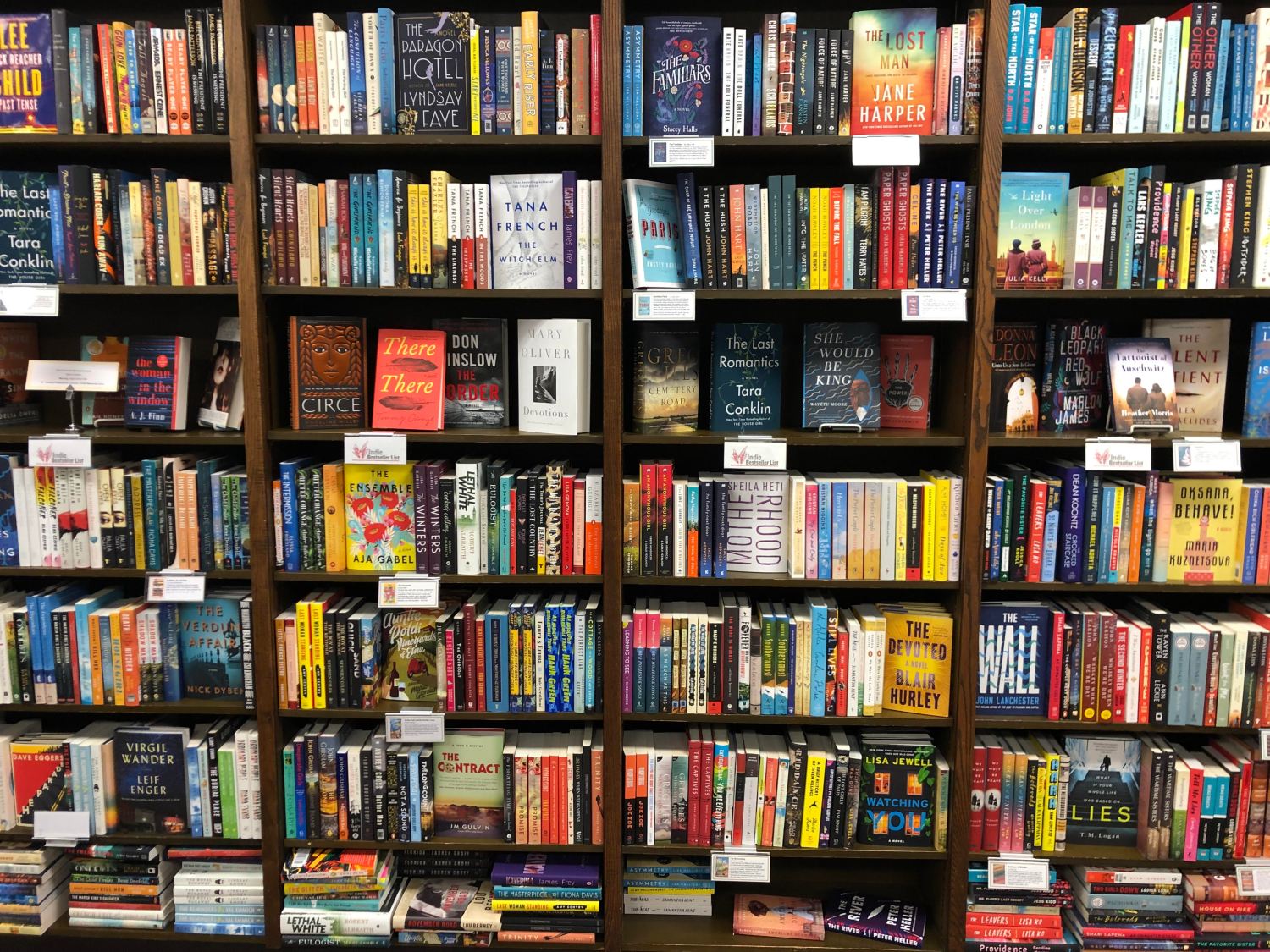 It’s been a good year for reading. Several of my favorite authors had new releases, and I happened on a pretty high quota of new voices I enjoyed. Here are my favorites, in the order that I read them. 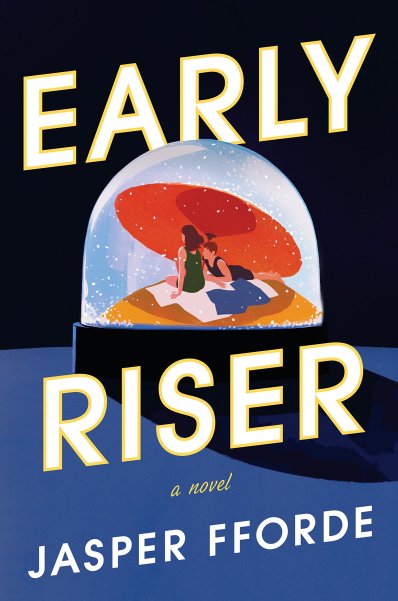 Oh Jasper, how I have missed you. I have been a lover of Mr. Fforde’s books for years. It doesn’t hurt that he seems to have chosen to write about all my personal obsessions—first literature with his Thursday Next series, then color with Shades of Grey, and now dreams with Early Riser. As usual, Fforde creates an alternate reality that’s as zany as it is thought-provoking. In this one, humans hibernate and the Winter Counsel is tasked with maintaining order while the rest of humanity slumbers. That can include anything from rounding up flesh-eating Nightwalkers to brokering peace with Villains to investigating the possibly mythologic (but maybe not) Wintervolk. Our hero Charlie is a Winter Counsel novice who finds himself the subject of a viral dream about a blue Buick that puts him on the radar of questionable corporation HiberTech. And if you’re even the tiniest bit intrigued by all that nonsense, give this book a try. 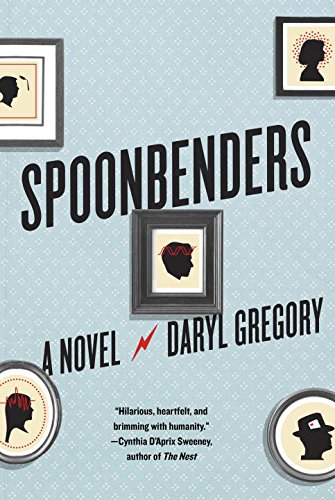 Matty is a generation too late to be part of the Amazing Telemachus Family, who once toured the country and appeared on television. His mother is a human lie detector, his Uncle Frankie shows flashes of psychokinesis, his Uncle Buddy could once accurately predict the Cubs scores and his Grandpa Teddy is a jack-of-all-trades card shark and expert showman. His grandmother Mo had the real talent, though. Grandma Mo was a bonafide psychic, employed by the government to conduct psi-ops during the Cold War. But since her early death, the family has fallen in stature and grace. Matty’s mom Irene has been fired from her bookkeeping job and moved back home with Teddy. Uncle Frankie is neck-deep in goji berry powder and debt. Uncle Buddy seems to be remodeling Grandpa Teddy’s house by slowly tearing it apart and never putting it back together. And Grandpa Teddy seems to be starting another con…this time with a mobster’s wife.

America for Beginners by Leah Franqui 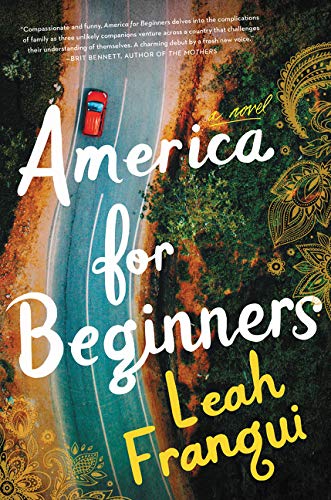 Recently widowed Pival is leaving India for the first time in her life to travel to America to find her son Rahi, dead or alive. Pival’s husband told her their estranged son had died, but now, Pival wonders if perhaps it was a lie. Pival books a tour with the First Class India USA Destination Vacation Tour Company, and finds herself accompanied by novice tour guide Satya, who has yet to leave New York City but will now guide her across the USA, and Rebecca, a less-than-sucessful American stage actress who takes on the job of female companion. Author Leah Franqui did some research on what destinations are generally included with Indian-based tour groups, which led to delightful asides like a trip to the Corning Museum of Glass in remote upstate New York, which I have actually visited but was shocked to find ranked as one of the top attractions in the United States for foreign tour groups! For a book that uses a trans-continental road trip as its framework, there is surprisingly little commentary on the state of this country, which would have been welcome. But the focus is on those taking the journey—how they struggle, connect and grow—and it is beautifully told. 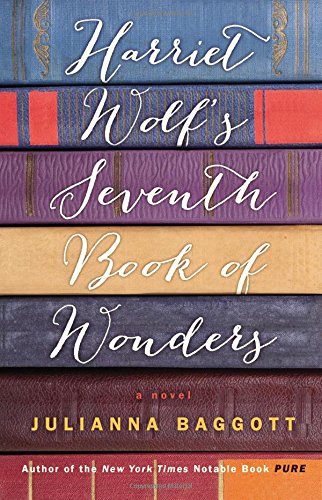 Does anyone else remember The Thirteenth Tale by Diane Setterfield? This reminded me of that, and in the best possible way. It also sort of reminded me of The Notebook (the movie, I haven’t read the book), and I mean that as a compliment? The story flits between three generations of women: Famous author Harriet Wolf’s section is written as a memoir in which she shares the story of her childhood in an asylum, which she hid from her adoring public and children alike until death. Her daughter Eleanor is recovering from a heart attack and attempting to shield her sensitive adult daughter Tilton from the world, while her eldest daughter, Ruth, returns home for the first time in over a decade. Tilton, meanwhile, is wondering if it’s finally time to share her secret: the whereabouts of her grandmother’s highly anticipated lost seventh book. 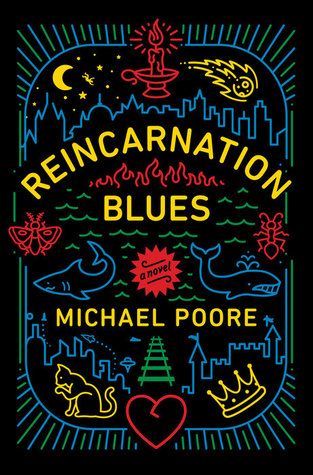 Milo is one of the oldest souls on the planet. He’s been reincarnated as everything from a fishing instructor dispensing marriage advice to a research assistant preparing for an exodus from Earth. He’s been rich, poor, male, female, insect…in fact, he’s lived almost 10,000 lives and he only has a few more chances to reach Perfection. There’s just one problem, and her name is Suzie. She’s death—well, an aspect of death—and she and Milo have been shacking up in the after world between lives. Milo has no good options: either leave Suzie behind to reach Perfection, or get thrown off a sidewalk into Nothing. Poignant yet irreverently funny, this genre-bending novel asks big questions but doesn’t take itself too seriously.

The Testaments by Margaret Atwood 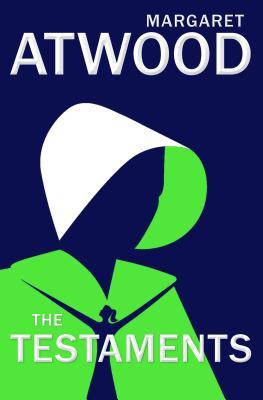 I have long been a fan of Margaret Atwood. In fact, I wrote my English thesis on one of her lesser-known books. My favorite of her work is her MaddAddam trilogy, but The Handmaid’s Tale perhaps ranks second. Her sequel to that work has been hotly anticipated due to much-lauded Hulu series. Despite the sky-high expectations, Atwood pulled off a worthy follow-up with The Testaments, and I think this is likely due to the wise decision to move away from Offred’s story and follow the path of Gilead from the point of view of 3 different women. One is an Aunt, deeply embroiled and complicit in the fate of all women in Gilead. One is a Handmaid’s daughter, raised by a Commander’s family to be a Wife and just now coming of age. One is a young girl raised outside Gilead, in democratic Canada, witnessing Gilead’s attempts to shut down the Mayday operatives who help women and children escape. 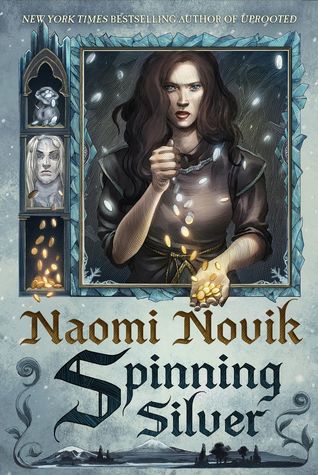 I enjoy fairy tale retellings that focus on lesser known stories and cultural traditions, and Spinning Silver, from the author of Uprooted, fits into that mold well, traveling to a remote Eastern European village and choosing a Jewish family as the protagonists. This point of view was especially refreshing and representationally needed—the Jewish moneylender in folk tales is historically the villain, but here we see things from the moneylender’s perspective. A generous father has lent his wife’s dowry out to all of his neighbors but is loathe to burden others by collecting. Now, to save her family from poverty and illness, his daughter Miryem steps in to collect their debts. She finds herself surprisingly good at the business, but her reputation for being able to turn silver into gold reaches ears in the forest, and soon Miryem finds herself ensnared with creatures of winter who are hungry for gold.

The Starless Sea by Erin Morgenstern 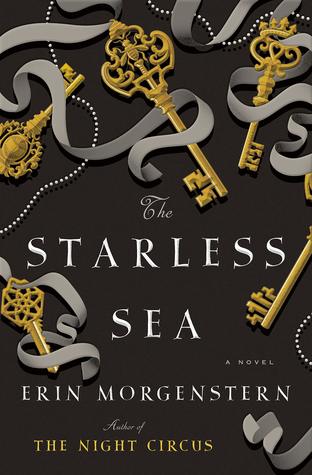 When Zachary Ezra Rawlings was young, he discovered a painted door in the alley behind his mother’s fortune telling shop. Young Zachary thought about opening the painted door…but something stopped him. Years later, Zachary discovers a book in his university library, a book that tells the story of a fortune teller’s son finding a painted door. The book has other stories to tell: about a love affair between Time and Fate, the Owl King, and a secret world beneath our own, dedicated to stories and the people who tell them. Zachary follows a trail of bees, keys, and swords to find another door, in hopes it will lead him to the harbor on the Starless Sea. The author of The Night Circus has a talent for constructing dream-like worlds and evoking place. The plot is only one element of the pleasure of reading her books—the other is the simple delight of discovering her richly painted, magical worlds.