Our next stop after Munich was Garmisch-Partenkirchen, a town I still am not confident I am accurately pronouncing. I chose it because I wanted to stay somewhere in the Alps that would have that classic Bavarian character. Garmisch-Partenkirchen is a popular ski town close to the highest peak in Germany, the Zugspitze, and we loved our stay there. I would definitely go back.

We set out from Munich in our rental car and finally figured out how to properly operate the GPS. A few people have asked me about driving in Germany—the autobahn has definitely developed a mythology in the United States. Since there is “no speed limit,” many Americans assume the Germans all drive like Formula One racers. This is not the case, at all, so I’ll set the record straight here. First, the autobahn is only one road in Germany, equivalent to driving on I-95. That is the only road that has no speed limit. All other roads, be they smaller highways, country roads or urban byways, have clearly marked speed limits that you must obey. Second, not everyone on the autobahn drives super fast! As with proper driving etiquette, you drive in the right lane and pass on the left. The cars in the left lane tend to drive around 80 or 90 MPH, maybe 100—so really not much faster than people drive on US highways anyway.

On our way to Garmisch-Partenkirchen, we made a stop at Neuschwanstein Castle. It’s a popular day trip from Munich, so you could easily visit if you were just traveling there. The castle is a newer one, built in 1869 by Ludwig II—we came away feeling like he was something of a Michael Jackson figure of the time, creating his own Neverland escape. The castle was also the inspiration for Cinderella’s castle at Disney World. 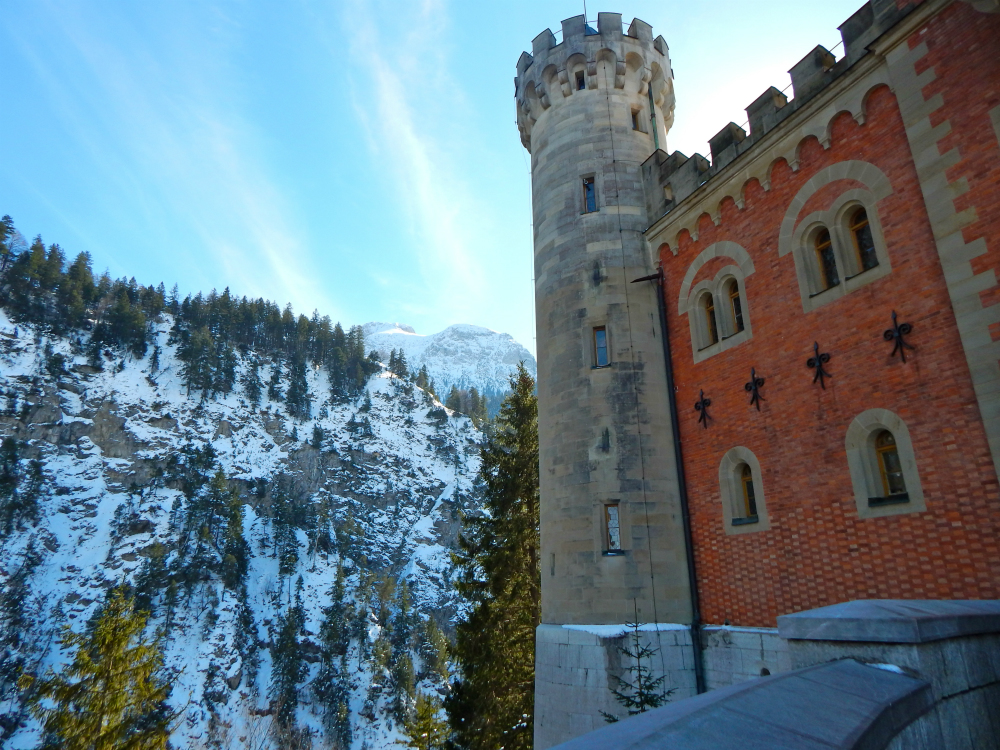 We stayed at Hotel Drei Mohren and our room had a balcony that looked out over the town and the Alps. During our stay in Garmisch, we had what Andrew still maintains is his favorite meal of his life: pepperschnitzel at Bar Fiaker. We loved Bar Fiaker—it’s run by what seems to be a husband and wife team. The wife runs the front of the house and the husband cooks. When we came in, the wife quickly realized we did not speak German, and their menu was written on a chalkboard—so she literally read off the whole menu for us and told us what each item was. It was so thoughtful and kind. The husband cooks in the kitchen and we could see him from our seats at the bar. He came out periodically to chat with the guests and to force them to try things he was making. We both also had salads with our meal, which was the first time we had eaten green vegetables since arriving in this meat-and-potato-heavy country and our stomachs were like “thank you!!!” We also had a white chocolate pudding for dessert—I don’t even like white chocolate, but it is delicious. The whole meal was incredibly affordable and we spent the night drinking wine at the bar as the wife tallied up our bill by marking the number of drinks we had had on our coasters. Loved this spot so much.

The next day, we took a cable car to the top of Zugspitze, the tallest peak in Germany. On the way up, we spotted a tiny shack on the side of the mountain and wondered aloud what it is. A woman overheard us talking and told us it was a dynamite shack that would be used in case of avalanche! The cable car took us to the summit where we explored the observatory with 360-degree views of the Alps. We then took another cable car down onto the ski slopes, where we explored an ice hotel. Finally we took a very full cogwheel train back down the mountain. 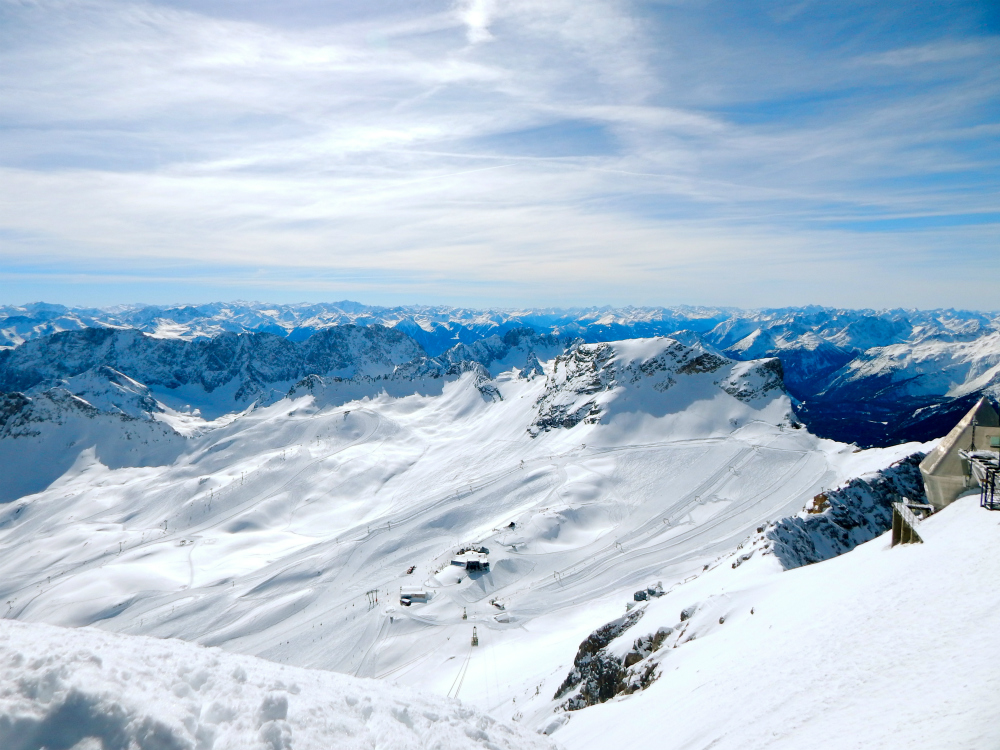 Here’s our 8-day itinerary in Europe: 2 days in Munich, 2 days in Garmisch-Partenkirchen, 2 days in Venice, 2 days in Salzburg—click to read what we did, where we stayed and what we ate at each stop.